CharGrow is a team of agricultural, microbiological, and business professionals that specialize in crop production and clean growing practices. From this combined effort, we have developed solutions to help reduce dependency on harmful chemicals, while increasing yield and benefiting the environment.

With research in Ohio, New Jersey, Florida and Virginia we have continually refined our process to achieve a product that closes the loop for agricultural sustainability.  Using biomass residues from farm and forest that are converted to biochar, we make a biological tool that increases crop productivity. 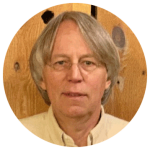 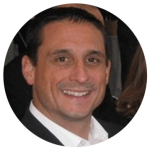 At CharGrow, we create biochar products that optimize plant performance and increase water and nutrient holding capacity of soil. We begin our process by sourcing wood residuals that would otherwise be discarded. Under carefully controlled high-temperature conditions, this material is transformed into biochar; a charcoal-like substance that is specifically designed to enrich the soil. To finish the process, we inoculate our biochar with beneficial soil microorganisms, microbial foods, and plant nutrients.

In addition to its many soil benefits, biochar takes over 1000 years to break down.  When used in the soil, it provides a nearly permanent way of building plant productivity for generations to come.

Our work is inspired by the ancient techniques used by the first Americans. Prior to colonization, large populations of indigenous people used charcoal to create vast areas of fertile soil for their crops. Scientists have agreed that biochar can last for several hundred years, creating permanent changes in the vitality and nutrient holding capacity of the soil. At CharGrow, we are continuing to expand on the knowledge.

Giving back to the land was what made native soil so productive, and the soils they built are still feeding us today. Biochar is part of that same “Carbon Smart” Growing System that supported the original inhabitants of North and South America. That’s good for the soil and great for your garden.