Blog
CharGrow / Biochar / Biochar vs. Charcoal vs. Activated Carbon: What They Are & How They Work
Oct 13

Biochar vs. Charcoal vs. Activated Carbon: What They Are & How They Work

Biochar, charcoal, and activated carbon are three forms of carbon that have a lot of overlap, with very similar composition and methods of production. 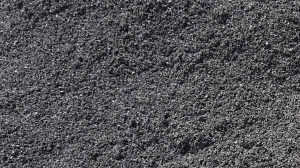 Figuring out the differences between the three can be challenging – especially since the terminology used is different for different industries and seems to still be settling out. There is no clear right or wrong answer in many cases.

This article explains how these terms are generally used and addresses some questions you may have about the differences between these three names for carbon.

Need biochar for your next project?

Biochar, charcoal, and activated carbon can be broadly defined in the following ways:

What do biochar, charcoal, and activated carbon have in common?

The main commonality between the three is the way they are produced.

Biochar, charcoal, and activated carbon are all made using a process called pyrolysis, in which a source material – in this case, a carbon-containing substance – is subject to elevated temperatures in the absence of oxygen so that it thermally decomposes into char, or carbon-rich solids. The lack of oxygen is key to the process, as introducing too much would oxidize the carbon and cause it to burn away as gaseous products. In pyrolysis, the starting material (or “feedstock”) and processing conditions can be tuned to tailor a carbon-based product for a specific application.

The quality of the starting material can also influence its effectiveness in its processing, its end application, and the impact it may have on the environment. For example, CharGrow’s product BioChar Prime™ is a USDA Certified Biobased Product, containing 100% biobased content sourced from sustainable forestry practices. Other biomass sources, for example, may include unknown biomass and materials collected from municipal waste streams.

Processing conditions include pyrolysis temperature and duration, particle sizing, moisture content, and activation – which improves the effectiveness of the carbon material by increasing its porosity and surface area.

Activation is generally done by one of 2 processes.

Biochar, charcoal, and activated carbon can also be similar on the chemical level. Each of the solids contain many “aromatic carbons” that are strongly bound together, making them stable.
The carbon-rich materials can also contain elements like oxygen or nitrogen that were once part of the source material, or other chemicals if the solids have been “loaded” with ingredients that would enhance their effectiveness in a specific application. CharGrow’s BioChar Prime™ product is a pure wood-based carbon ready to be loaded with desired ingredients, while the company’s BioChar Source™ and BioGranules™ products are pre-loaded with nutrients and beneficial soil biology and are ready to be applied to your soil for improved plant growth.

How are biochar, charcoal, and activated carbon different?

As can be seen in their definitions, the three types of carbon differ mainly in their end applications and source materials.

Biochar is used for agriculture, charcoal for heating and cooking, and activated carbon for filtration and purification.

While all three can come from biomass, charcoal is typically associated with wood. Activated carbon can also come from carbonaceous materials that are not biomass.

Can biochar be considered an activated carbon or charcoal?

Sometimes. Here are some cases where the lines may become blurred or confusing:

Since “charcoal” is an established term, it is often used to describe other carbon products, even those that are not specifically intended for heating or cooking. For example, “activated charcoal” is typically used interchangeably with “activated carbon.”

Another instance involves a common definition of biochar, which states that biochar is a “charcoal” used for agricultural purposes. It seems “charcoal” is appropriate to use for growing applications, especially since the terminology has existed for a long time. (In contrast, “biochar” was coined in 2005, although the material has been used as a soil amendment for thousands of years.)

But the term can be misleading since charcoal is most commonly associated with grilling, which may give the impression that you can simply grind up your charcoal briquettes and use them as biochar. This is not necessarily the case – charcoal briquettes for grilling can contain additives such as ignition accelerants, which are not found in biochar and may even be toxic to plant growth.

“Biobased carbons” include biochar, charcoal, and activated carbon that are derived from biomass. As stated earlier, these biobased carbons can be differentiated based on their end application.

Even so, categorizing a biobased carbon can become very murky. Biochar can be “activated” to increase its effectiveness, as is the case with CharGrow’s BioChar Prime™ product. These activated, biobased carbons can be called “biochar” or “activated biochar” in today’s industry.

In contrast, biobased carbons used for remediation and filtration projects might be called “biobased carbon” or “activated carbon.”

Select a biochar for your needs

When growing plants with biochar, the material needs to be inoculated or charged (paired with nutrients and biology). CharGrow sells several products that can meet your needs.