A Simple Guide to Understanding Biochar Benefits and Uses

Biochar is a carbon-rich material that can significantly improve your soil’s health and productivity, especially if it is not already very fertile. For example, biochar benefits include decreasing soil acidity, retaining water and nutrients, removing unwanted contaminants, and providing a home for beneficial soil biology to thrive.

Biochar is also known to persist in soil for millennia. Thousands of years ago, Amazons mixed biochar with their poor-quality soil to create terra preta (“black earth” in Portuguese), a soil product that is highly fertile to this day. Biochar has also been found in extremely fertile grassland soils called “Mollisols,” which impressed early Europeans who first arrived in North America. As with these examples, all the improvements that biochar will bring to your soil’s health will be extremely long lasting. 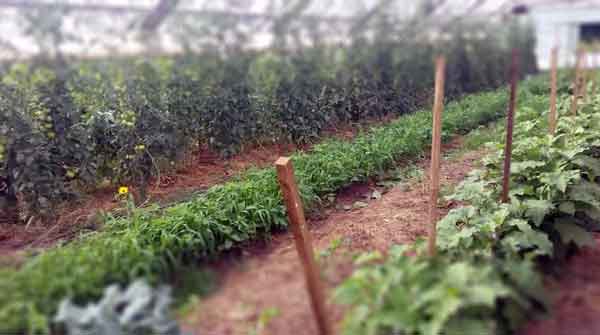 Why does biochar work?

Biochar’s beneficial properties derive from its physical and chemical structures.

Under the microscope, biochar consists of a highly connected, porous network. This porous structure gives biochar a very high surface area – 1 gram of well-made biochar can be equivalent to over 2,000 square meters, or about half an acre, allowing the biochar to interact with a large quantity of nutrients or other chemicals.

Biochar’s porosity also means the material has lot of empty space. Thus, biochar is light weight and has a low bulk density that can improve the texture and compaction of your soil.

Chemically, biochar consists mainly of aromatic carbons, which tightly bind together into a highly stable form of carbon that maintains its structure instead of leaking into the atmosphere as carbon dioxide. For example, radioactive carbon dating performed on the highly fertile terra preta soil of the Amazon region – which is still used for agricultural applications today – found that the biochar in the soil originated from 500 to 7,000 years before present (defined as before A.D. 1950). Biochar found in Vancouver rainforests had a half-life of 6,623 years. (Lehmann et al., 2009).

Furthermore, the surface of biochar is negatively charged, allowing the material to bind positively charged chemicals like nutrients or contaminants. Along with biochar’s high surface area, this property contributes to biochar’s high “cation exchange capacity,” which is a measure of how many nutrients like potassium, calcium, and ammonium are available to plants in the soil.

How can biochar benefit soil health?

Biochar’s exceptional chemical and physical structure allows the material to be applied to many agricultural applications, and to many kinds of soil. The same properties that make biochar beneficial as a soil amendment also make it effective in stormwater treatment.

The benefits of using biochar to improve soil health are multifold. Some of these are listed below. When using biochar for these various applications, it is important to consult with your biochar supplier to make sure it is used correctly for your specific need.

Biochar can increase the nutrient and water retention of your soil

Biochar binds to nutrients like potassium and calcium in the soil, preventing them from leaching out into the soil and increasing their availability to plants. While this characteristic of biochar most benefits soils that have a low quantity of nutrients or low percentage of soil organic matter, better nutrient retention can also decrease your fertilizer usage and reduce your fertilizer runoff. This may, in turn, allow you to cut fertilizer costs while improving plant productivity.

Biochar’s binding capacity is greatly amplified by its high surface area, which enables it to hold onto even more nutrients. Biochar’s high porosity also means it can easily hold water, which makes the material especially useful for soils with little access to water, those that are experiencing drought or poor water-holding soils like sandy loams.

Biochar’s porous structure provides a secure habitat for beneficial soil biology, protecting them from harsh soil conditions while providing the nutrients they need to flourish. These benefits can positively impact your soil for the long term.

For example, thousands of years ago Amazon natives mixed biochar into their soil, vastly improving its fertility. While this was partially the result of biochar’s enhanced nutrient retention, biochar had also caused an “exponential increase” in the microbial populations of the soil.

Biochar can moderate the acidity of your soil

Biochar binds hydrogen ions to decrease the acidity (increase the pH) of your soil. Increasing soil pH can also decrease the levels of metals that are soluble in acidic environments and potentially toxic to plants, such as aluminum. These harmful metal ions can also bind to biochar, further decreasing their concentration in your soil.

Depending on the application rate, biochar can match the performance of more conventional techniques like liming in reducing your soil’s pH. One study performed by Berek et al. (2011) also found that biochar could be used in conjunction with lime “to significantly improve soil quality and increase crop growth.”

Biochar can decontaminate your soil and water

The same characteristics that make biochar so effective as a soil amendment also make it great for decreasing the toxicity of your soil, also known as bioremediation. Biochar binds heavy metals like lead and cadmium, preventing plants from taking them up and removing unwanted chemicals from your soil. This is especially suitable for soil in polluted environments, which may contain higher concentrations of heavy metals.

Biochar can also be used to treat water as it can adsorb (stick to) harmful organic molecules and residual disinfectants such as chlorine.

Biochar can improve the physical properties of your soil

Biochar can also help soil particles aggregate together, which is useful for finely textured soils, like sandy soils, that may need to be stabilized against rainfall and water movement. This also improves the structure of the soil to enhance nutrient and water uptake by plants.